How Not to Say “Honey – I Shrunk My Brain”

“There are three signs of old age: Loss of memory… I forget the other two.”

Are you experiencing forgetfulness, processing lapses or recollection issues? Not as sharp and quick as you used to be? Oh… those senior moments. Is it a part of getting old or can we do something about it? Or can it be varying stages of Mild Cognitive Impairment? (also called MCI – and no, it’s not a phone company).

Mild Cognitive Impairment (MCI) is the precursor to the more serious dementia or Alzheimer’s disease (AD). The physiological changes that start to occur in MCI (as in dementia or AD) include decreased size of the hippocampus, a brain region important for memory; increased size of the brain’s fluid-filled spaces, known as ventricles; and reduced use of glucose in key regions of the brain.

An estimated 15% of people over 65 with MCI develop dementia over a one-year period compared to only about 2% of the population without MCI. However, in many cases, the causes can be identified and are treatable; often to maintain the same level of cognitive ability or even improve.1,2  Early diagnosis is the key for various treatment options, management of its progression and for implementing strategies to maximize the treatment outcomes.

Do you have these symptoms?

What are the risk factors?1,2

Reducing the above risk factors and involving in key activities may minimize the symptoms and help successfully deal with MCI. 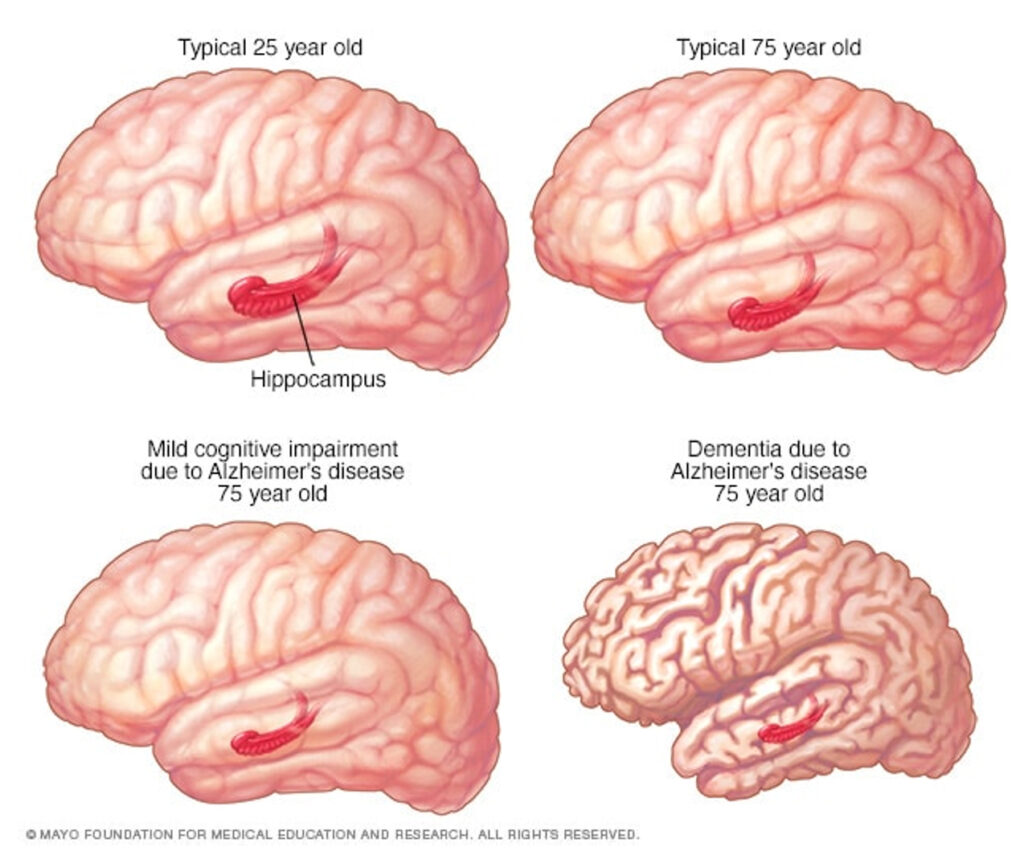 MCI may be an early sign of progression into a more serious dementia and AD which may take up to 20 years to manifest its symptoms. Effective intervention may be possible through a doctor or specialist if these conditions are identified early. Focusing actively on prevention with a healthy lifestyle, diet, exercise, sleep and proactive mindset should lower the risks.

Who wants a shriveled brain? Not me!

1.   What Is Mild Cognitive Impairment? | National Institute on Aging (nih.gov)