In certain parts of Latin America, virtual health begins to take steps to meet the challenges and provide digital services to the population. One of the first is to design and execute investment projects in this new industry that gained momentum due to the COVID-19 pandemic. 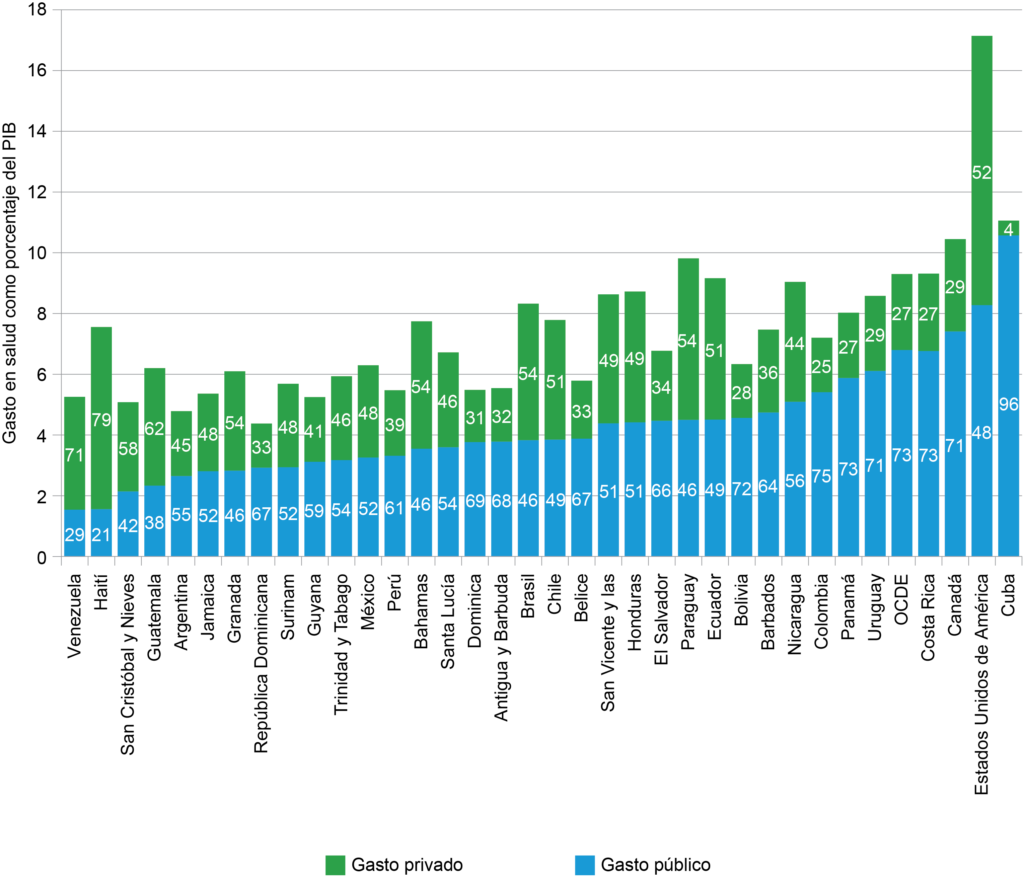 This is the private (green) and public (blue) expenditure on health in Latin American and Caribbean countries. (Source: WHO, Global Health Expenditure Database, 2016)

According to the Inter-American Development Bank (IDB), resources for telemedicine should be included in plans to improve infrastructure and equipment in healthcare centers. Its experts assure that it is necessary to overcome the inequality gaps that exist in Latin America in the 21st century. These are reflected, for example, in the 2018 Broadband Development Index, which revealed that the region lags the most advanced member countries of the Organization for Economic Cooperation and Development (OECD).

One of the Latin American NGOs developing initiatives to bring telemedicine closer to the people is Tula Salud, which works in rural Guatemala to reduce malnutrition and maternal and infant morbidity and mortality. In 2015, it created the Kawok mobile app to record clinical data and generate medical reports. “Having the support of technology to reach a population that is generally excluded or neglected is an excellent opportunity,” says Isabel Lobos, its executive director.

To identify how prepared the States are to invest efficiently in telemedicine, the Pan American Health Organization (PAHO) prepared a tool that measures the level of maturity of healthcare institutions. According to the guide, there are six variables to be studied: organizational readiness, processes, digital environment, human resources, regulatory aspects, and human resources. Its specialists recommend that the authorities adopt it before executing a plan.